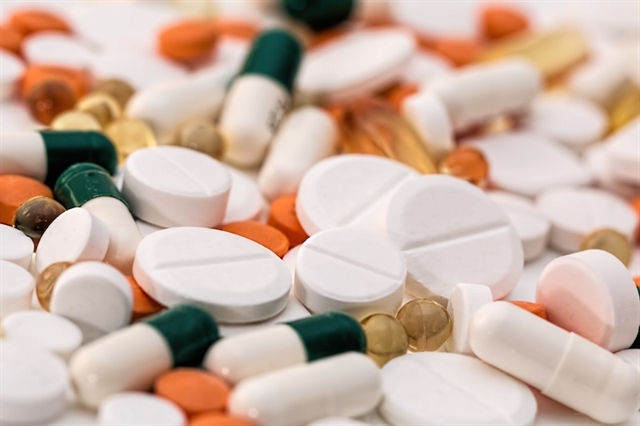 Since its inception during the later decades of the last century, 3D printing (also known as additive manufacturing) has moved far beyond merely fabricating simple plastic parts. Today the technique can be used to produce much-needed medical supplies such as personal protective equipment for health care workers fighting COVID-19. Among other advances, 3D printing is now also considered a serious tool to advance medicine and pharmacology through bioprinting. Bioprinting can create anatomical models of patients prior to surgery and some biological tissues, with the goal of progressing to printing whole complex organs such as the heart. However, another emerging and potentially revolutionary use for 3D bioprinting is the production of pharmaceutical drugs that are tailored to meet the needs of specific patients.

In 2015 the U.S. Food and Drug Administration approved the first 3D-printed pharmaceutical, SPRITAM (levetiracetam), created by Aprecia Pharmaceuticals for the treatment of seizures. Although the drug remains the only 3D-printed drug currently approved by the FDA, the many advantages of 3D-printed drugs place them at the forefront of what’s ahead for medicine as the FDA works on formulating a regulatory framework for them.

Bioprinting pharmaceuticals achieves what traditional drug manufacturing cannot, and that is the low-cost production of customized pill medications for patients who need special dosing, quantities or composition of drugs. Pills can be 3D printed in unique sizes, shapes and with slow-release capabilities. 3D printing also allows for the inexpensive creation of the “polypill,” in which a single pill can contain multiple drugs that a patient is prescribed, reducing the number of pills that need to be consumed. Bioprinting could also theoretically allow pharmaceuticals to be produced wherever there’s a suitable 3D printer, such as a hospital or pharmacy. This could reduce wait times that patients sometimes experience for certain mediations as well as reduce the need for transporting them.

Beyond making medications more convenient to procure and take, bioprinting stands to impact the pharmaceutical industry in much deeper ways. So-called orphan or rare diseases pose a challenge for pharmaceutical companies because they require the development, testing and manufacturing of drugs that will be taken by a very small subset of the population. Some of these medications can even require specialized equipment to produce them. Conversely, 3D printing is well suited to the production of pharmaceuticals to treat orphan diseases because it’s geared for customized pills made in small batches.

In 2017, Aprecia and Cycle Pharmaceuticals partnered to develop a ZipDose 3D printing technology that utilizes a fluid to bind together a multilayered powder, resulting in pills that dissolve quickly with the addition of water, support high dose loading of up to 1,000 mg, and can be easily made to taste pleasant. This patented method can help simplify and ease the medication schedule for patients with chronic conditions. ZipDose works by using something similar to a conveyor belt to deposit a powder layer containing an active drug. The layer then goes under an inkjet that adds the fluid as a binding agent at various junctures. This process is repeated layer by layer, producing a multilayered 3D-printed tablet. Once moisture hits the sporadic bound junctures of a given tablet, it immediately dissolves.

In addition to ZipDose, there are other methods of pharmaceutical bioprinting in development. Selective laser sintering is one method in which tiny particles are fused together by a laser to form a pill. Fused deposition modeling is the most common 3D printing process in which material is added one layer at a time and can be used to create drugs as well as simple plastic parts. Stereolithography utilizes light to weave chemicals into polymers to form a pill. Another method is inkjet-based fabrication, which uses precision instruments to deposit droplets of fluid onto surfaces to create patterns.

Something to note about Aprecia’s SPRITAM (levetiracetam) produced by the ZipDose method is that the drug is water-soluble, allowing it to dissolve and be absorbed by the body. However, many drugs are water-insoluble necessitating special delivery systems in the form of surfactant-polyelectrolyte complexes to make them accessible to the body. A new study has shown how this method has been adapted for 3D-printed drugs using negatively charged surfactants and positively charged polyelectrolytes.

Researcher Clive Roberts has worked on producing polypills at University of Nottingham lab in the UK. One issue with polypills is that some drugs shouldn’t be administered at the same time. Roberts used 3D printers to produce pills containing multiple drugs that are compartmentalized within a single tablet. Each drug can have a different timed-release schedule to minimize adverse drug interactions. Although traditional manufacturing techniques can produce polypills, the same pill may not be suitable for every patient, and the more drugs that are contained within a pill, the greater the likelihood of allergic reactions or adverse drug interactions occurring for any given patient. With increasing numbers of people—especially older adults taking more medications for diabetes, cancer, heart conditions and other ailments—bioprinting will be crucial for not only reducing the burden of taking many pills but also in ensuring that each pill is suitable for a given patient.

This summer, HP deployed its D300e BioPrinter to researchers in the U.S. and Europe to aid in the development of a vaccine and drugs to fight COVID-19. The D300e is an inkjet-based fabrication 3D printer that prints pharmaceuticals instead of ink. The printer dispenses tiny volumes containing small molecules and biomolecules. It’s being used by the Center for Nuclear Receptors and Cell Signaling at the University of Houston to dispense reagents with high accuracy and to assist with drug development against COVID-19. The bioprinter is also being used by the Spanish National Research Council to investigate how a COVID-19 protein reacts in high-risk populations such as health care workers and older adults.

“We are inspired by the research being conducted by laboratories worldwide to better understand this pandemic, and if the HP D300e BioPrinter in the hands of these scientists can help accelerate their drug and vaccine research, it’s our responsibility to step forward and dedicate resources and technology to make it happen,” said Annette Friskopp, global head and general manager of Specialty Printing Systems at HP.

Using bioprinters such as the HP D300e BioPrinter may prove to be a crucial tool in the fight against COVID-19. The pandemic has wreaked havoc on global supply chains for an array of goods, including medical equipment and supplies. It has also exposed vulnerabilities in the supply chain for pharmaceuticals, which already impacts some countries more than others. As companies race to develop a vaccine and treatments against the respiratory disease, 3D printing could help solve the issue of how to get drugs to patients that need them because it can generate production at the local level instead of relying on a fragile global supply chain.

While 3D-printed pharmaceuticals hold much promise for the field of medicine, the technology has some issues to surmount. Perhaps it’s unsurprising that only one 3D-printed drug has gained FDA approval to date, considering all the research, testing and safety protocols that go into drug manufacturing for human treatments. Because 3D-printed drugs could theoretically be produced on a much smaller scale and outside of traditional manufacturing plants, they pose new opportunities for potential contamination and errors that could cost lives. Furthermore, technicians who run the printers would require specialized training. Also, because different materials are used to fabricate drugs for various bioprinting methods, more research needs to be conducted to ensure that all such drugs are safe for human consumption.

Another potential stumbling block is that 3D printing could lead to a rise in illicit drug distribution and use. As with any technology, bioprinters in the wrong hands could lead to more small-scale illegal drug manufacturing that could be potentially hard for authorities to track. It’s also conceivable that illicit drugs could be crafted in such as a way that masks their true composition or contained within capsules that will allow them to be transported within the human body, evading security checkpoints. These risks necessitate that bioprinting researchers and companies safeguard manufacturing information for certain types of pharmaceuticals.