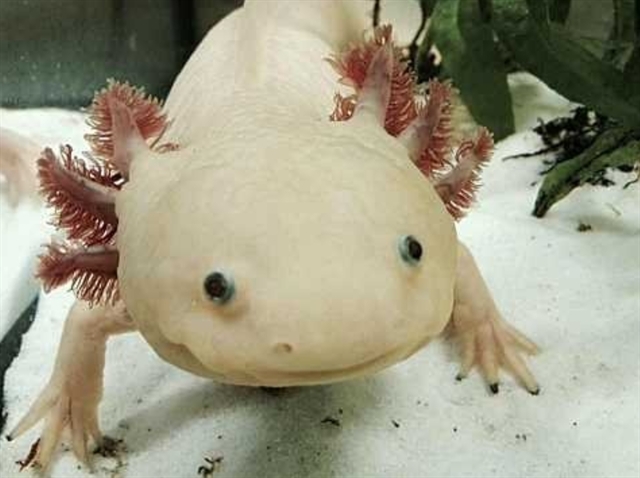 A Look at 3D Bioprinting > ENGINEERING.com


This article was originally published on March 17, 2020.

Though found in different areas of the animal kingdom, the degree to which humans can regenerate limbs, organs and tissue due to serious injury is very low (one exception is the liver), especially compared to animals like the amazing Axolotl. Scientific research into using 3D bioprinting to re-create and regenerate human limbs and organs from patient-specific DNA is progressing slowly but surely.

The implications and potential for organ transplant patients with life-threatening prognoses is profound. Even when there is an organ donor match for patients in need of a transplant, rejection by the host of the transplanted organ is a constant threat to completed surgery. Organ transplant patients undergo rejection prophylaxis, which involves taking a suite of medicines for the purpose of preventing or reducing organ rejection. If surgeons and medical professionals could offer patients a “copy” of their organs based on their own DNA profiles, rejection prophylaxis could become unnecessary.

Architects have a great difficulty recreating the geometry of old buildings using 3D scanning. The geometry of manmade structures from years past are far different than in-built geometry of 3D design software that is used to create new building designs. Scanning naturally occurring geometry is relatively advanced now, but replicating naturally occurring geometry is problematic in many areas. The geometry is vastly more complex than anything produced by 3D software, and the same is true of the biological structures that make up the hyper-complicated universe that is human anatomy.

Bioprinting Aortic Valve (Department of Bioengineering at the University of Cornell)

3D scan of an aortic valve. (Image courtesy of GRABCAD.)

At Cornell University, a group of researchers are exploring and experimenting with printing a human aortic valve for aortic valve replacement surgery. The researchers know that the aortic valve has the complex geometry needed for efficient biomechanical function. As with most naturally occurring geometry, the researchers can get a comprehensive scan and 3D model of aortic valves. A far more difficult task is to recreate the living biological tissue and ensure that it is similar enough to naturally occurring aortic valves so that the bioprinted valves can be used for surgery. The physical world is far more finicky to replicate with near-perfect accuracy.

Using a new “simultaneous 3D printing with controlled photocrosslinking technique,” Cornell researchers were able to 3D print complex aortic valve scaffolds, which ranged from 12-22mm in inner diameter, from poly-ethylene glycol-diacrylate (PEG-DA) hydrogels supplemented with alginate. After printing these scaffolds, their geometry was captured by micro-computed tomography scans and cultured for 21 days. They were tested to compare rates of bioelasticity. The prints were achieved in 14-15 minutes.

Overall, the results showed that 3D hydrogel printing with controlled photocrosslinking can rapidly create anatomically correct valve conduits that would support living cell grafts. In other words, the scaffolding of a “living” structure can be rapidly bioprinted and living cells can grow into an aortic valve from them.

Microtia is a deformity present from birth where the pinna (external ear) is underdeveloped. Researchers from the College of Engineering at the Swansea University in the UK published a 2016 paper entitled, “Could 3D bioprinted tissues offer future hope for microtia treatment?” The paper described the difficulties facing patients with microtia. Microtia reconstruction is a high-risk surgery, but stem cell-based bioprinting could offer solutions to microtia patients and others with tissue abnormalities. The paper mentions ongoing research to produce cartilage tissues for reconstructive surgery using bioprinting. The technique described is like the more recent research performed by Cornell University on aortic valves.

For microtia, human mesenchymal stem cells from a patient are grown and cultured into millions of individual cells. The cells are then added to a hydrogel made from gelatin and alginate. They are printed in a cross-linked structure from a high precision extruder. The bioprinted structures are then incubated and mature. A biochemical structural matrix develops at the end stages of tissue maturation.

In a paper published in 2020 on the subject, a group of researchers from top universities all over the world, working through Harvard-MIT Division of Health Sciences and Technology, published a paper detailing new information about 3D bioprinting of biopolymers for manufacturing tissue-engineered scaffolds. These bioprinted biopolymers show promise in the area of cartilage regeneration that would be a fit for microtia patients.

The paper, which is titled “Cell-Laden Hydrogels for Osteochondral and Cartilage Tissue Engineering,” goes into detail about silk fibroin (SF). It is one of the most popular biopolymers used in 3D bioprinting, but applications with SF often get stuck due to its stymied biological properties. Several growth factors have been used to try to improve these deficiencies. Some of the growth factors used by researchers include Platelet-rich plasma (PRP). In the quest to regenerate different body parts, autologous (patient-specific) resources of growth factor to increase the bioactivity of silk fibroin are a crucial part of the puzzle.

The study presented in the paper discusses characteristics of novel silk fibroin-platelet rich plasma bioinks that could release patient-specific growth factors with varying concentrations of PRP. The researchers used the SF-PRP bioinks to bioprint scaffolds with proper internal pore structure. The bioprinted scaffolds also showed good biomechanical properties and an acceptable degradation rate for the regeneration of cartilage.

The paper describes how the research group’s histological, immunohistochemical and biochemical evaluations confirmed that the 3D bioprinted SF-PRP scaffolds could be used for improved cartilage tissue engineering.

Researchers at the School of Mechanical Engineering and Automation at Fuzhou University in China published a paper in 2020 called “Combining additive manufacturing with microfluidics: an emerging method for developing novel organs-on-chips.” Organs-on-chips (OOCs) are tiny biomimetic systems that summarize structures and simulate functional output of human organs. The mechanics of organs and response to different stimuli allow researchers to explore the response of human organs to novel stimuli. These researchers have integrated 3D bioprinting with OOCs to investigate the creation of complex organ and tissue structures with more precise replication of biological geometry, as well as its material properties and bio-functionality.

Using a 3D micromolding technique, researchers successfully used specific fibers to fabricate hydrogel-based microchannels to study vascularized tissues. These cell-rich tissues were integrated with endothelium, stroma and parenchyma and printed onto a chip in order to study tissue regeneration.

In the paper, researchers describe how “multivascular networks and functional intravascular topologies within biocompatible or photopolymerizable hydrogels” were fabricated to study how oxygen and red blood cells behave during tidal ventilation and “distension of a proximate airway.”

Within hydrogels, researchers integrated endothelial cells and seeded them with cardiomyocytes to generate “aligned myocardium followed by embedding into a microfluidic bioreactor for cardiovascular toxicity assessment.” Using six different materials, these researchers were able to study the responses of this bioprinted tissue to different drugs and improve the efficiency of regenerative cell transplantations.

The researchers from Fuzhou University used extrusion-based stereolithography (SLA) printing for their work and improved the compatibility of combining this form of 3D printing with OOCs. They did run into several bottlenecks, including damaging cells during the UV light or laser curing part of SLA bioprinting.

However, the combination of 3D bioprinting with OOCs gave them the opportunity to explore the effects of existing drugs on vital organ tissue in the hopes of developing novel drug therapies.

Research into the use of 3D bioprinting for regenerating organs and tissue is still in its early phases. Replicating the naturally occurring structures and material properties of organs and tissue are still problematic. The printing resolution is not fine enough, and the scaffold material is still not close enough in structure or material properties to give humans the ability of some of the more regenerative abilities found in remarkable creatures of the animal kingdom, such as the Axolotl.